Data in red are more than 3 hours old. 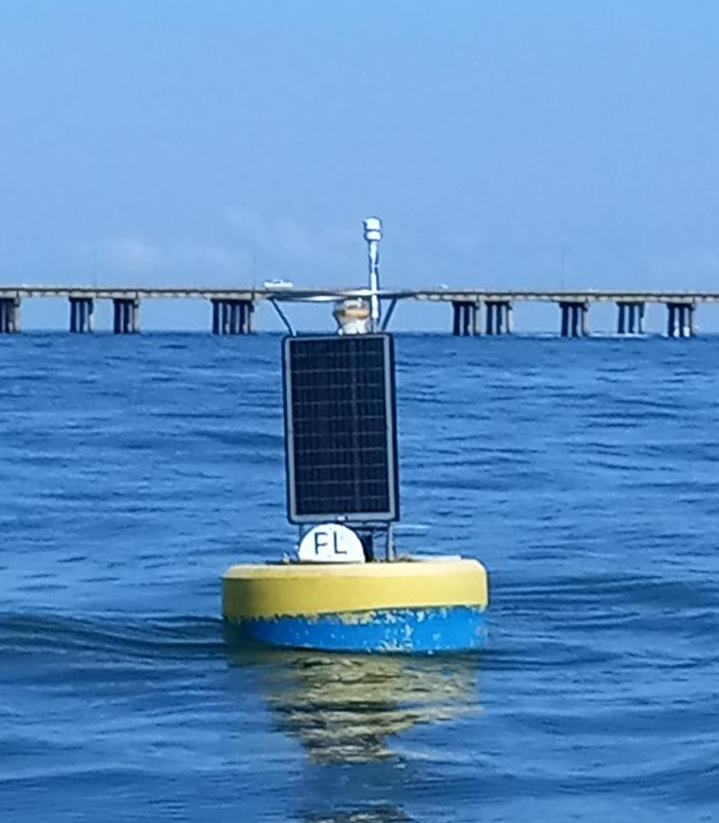 A CBIBS buoy was previously deployed near Cape Henry, Virginia, from August 18, 2011, to June 26, 2020. During this period, there are intermittent data gaps scattered throughout the buoy's history. Data from when the buoy was deployed are available via data tools.

Captain John Smith passed the site of NOAA’s First Landing CBIBS buoy four times during his time in Virginia—the first on April 26, 1607, when he was aboard one of the Virginia Company’s ships as they entered the Chesapeake at dawn. The crew’s “first landing” was at what they named Cape Henry, the land at the south side of the Bay’s mouth.

Today, this location is near major shipping operations, as Bay pilots get on board tankers and cargo ships to guide them up the Bay to Norfolk, Baltimore, and other destinations. And fishermen—commercial and recreational—spend time on the waters here, as the mix of waters that occurs at the mouth of the Bay lures many a fish in.

Be sure to check the weather forecast before you head out.

A buoy deployed in April 2018 close to this location tracks surface water and atmospheric CO2 and surface water pH levels. This information will help researchers investigate how increasing concentrations of atmospheric carbon dioxide and increase ocean acidification affect the Bay and its valuable shellfish.

For more information on the history of the area, please visit: